Next entry in the series hits PlayStation 4, Xbox One, and PC next year 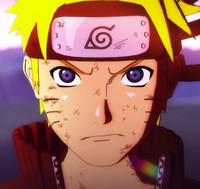 Bandai Namco debuted the first trailer for Naruto Shippuden: Ultimate Ninja Storm 4 at Jump Festa, and with the fighter coming to the west in 2015, we've also got an English version to enjoy. Dig into that along with an interview with developer CyberConnect2's president and CEO Hiroshi Matsuyama below.

Naruto Shippuden: Ultimate Ninja Storm 4 is in the works for PlayStation 4, Xbox One, and PC.