Asking the fans to send song requests and members' portraits 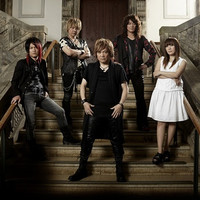 Record company Lantis today posted a four-minute New Year's video message from anison super group JAM Project, who celebrates their 15th anniversary this year 2015. The five members tease about the upcoming special anniversary project, and explain how the fans can contribute to it.

While not much details can be revealed, they are planing to release many CDs in 2015 including a "Deluxe Edition" for their 15th anniversary. On their official website, now they are asking the fans to send their opinions which song should be included in the deluxe edition. In addition, they are also accepting the members' portrait illustrations from the fans to be featured on the album or in its booklet. The illustrations must be sent in JPG or PDF formatted files, 3MB maximum size. The destination address: [email protected]