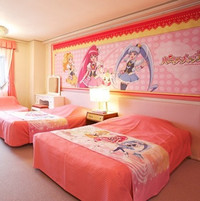 On January 5, 21-year-old Japanese idol singer Kyary Pamyu Pamyu posted a photo of the hotel room which she stayed during her trip on her official Twitter account. Interestingly, the room was decorated with the characters from the ongoing PreCure TV anime series, HappinessCharge PreCure!.

According to her post, she was told by the hotel manager that the rooms were already full except this one. She had no choice but to stay this PreCure room at the night. It is not confirmed whether she is a fan of the series.

As reported before, there are two hotels which have PreCure-themed rooms for kids in Japan, Ikenotaira

Hotel in Nagano Prefecture and Yuzawa Toei Hotel in Niigata Prefecture. Speculating from her photo, the room

she stayed was presumably the Happy Room in Ikenotaira Hotel. 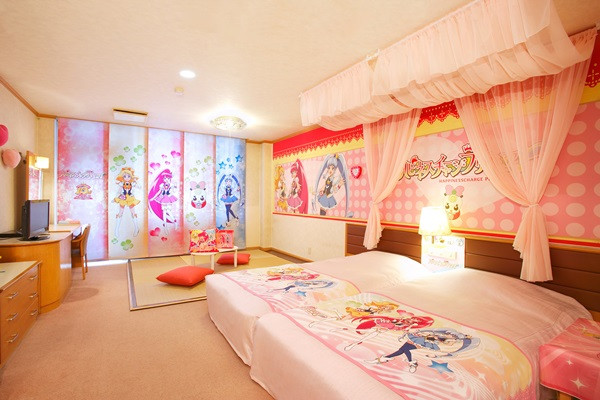 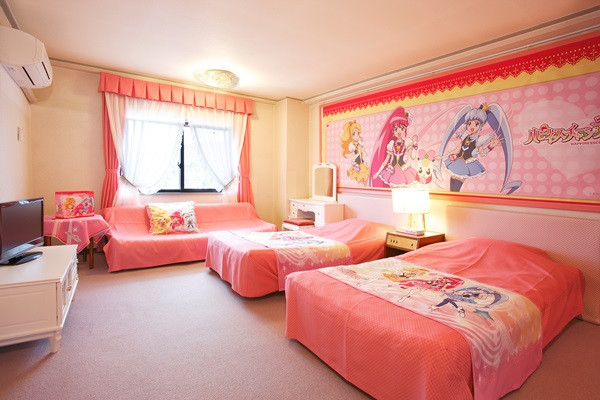 Gifts for the guest 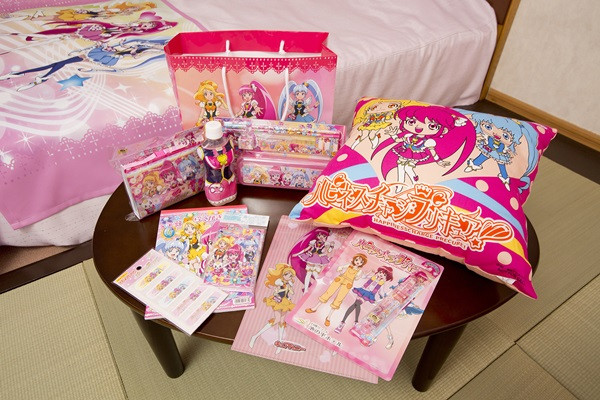