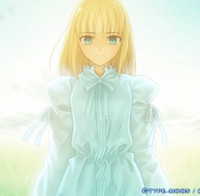 Good Smile Company has scheduled a pair of figures Fate/stay night figures for spring 2015 release. Their chibi Nendoroid take on Unlimited Blade Works version of Rider will be joined by their distribution of WING's Saber ~Last Episode~, the ever-popular servant as she was illustrated for the Realta Nua PS Vita port of the original visual novel.

"In a grassy field, where the wind blows..."

From the PSVita version of 'Fate/stay night [Realta Nua]' comes a figure of Saber based on an illustration used on the soundtrack jacket cover! The memorable scene from the series has been faithfully captured for both Fate fans and Saber fans to enjoy by their side forevermore.

Saber is posed with a gentle smile on her face, wearing an outfit very different to her normal armored appearance. Her hair is blowing around in the wind, and her long, white one-piece dress is twirling around her - 200mm long and 250mm wide, a size that makes it hard to see her as a 1/8th scale figure! The details of the sculpt are also a delight to the eyes! 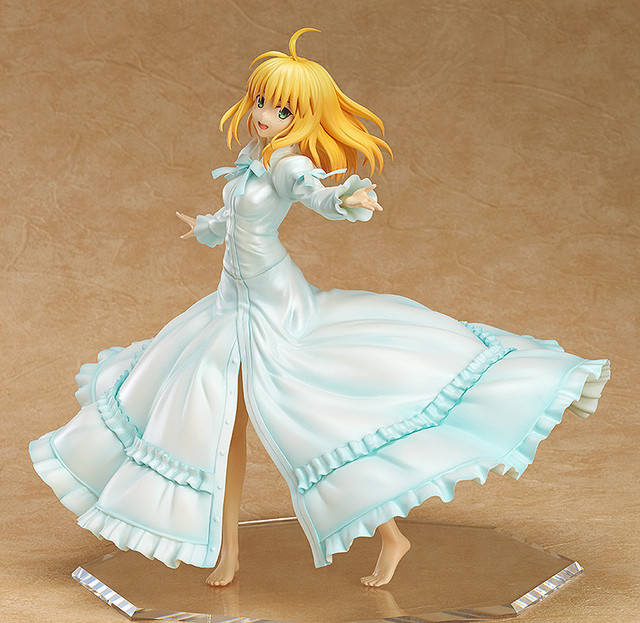 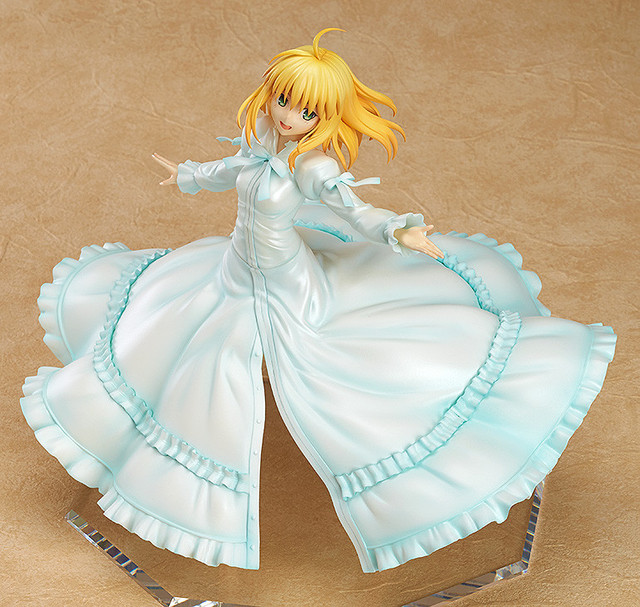 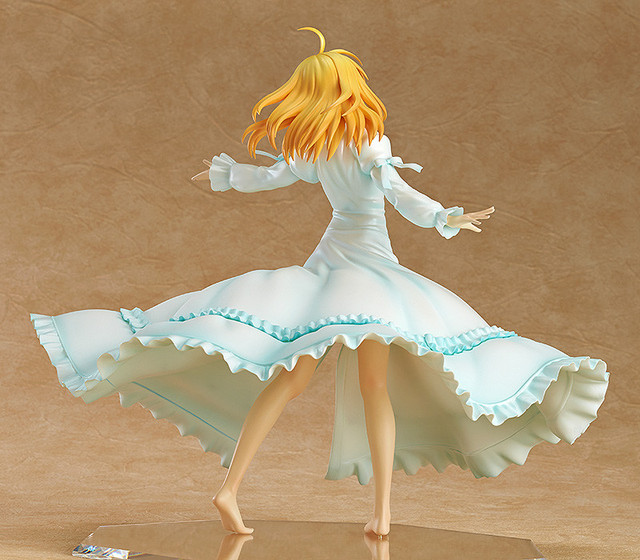 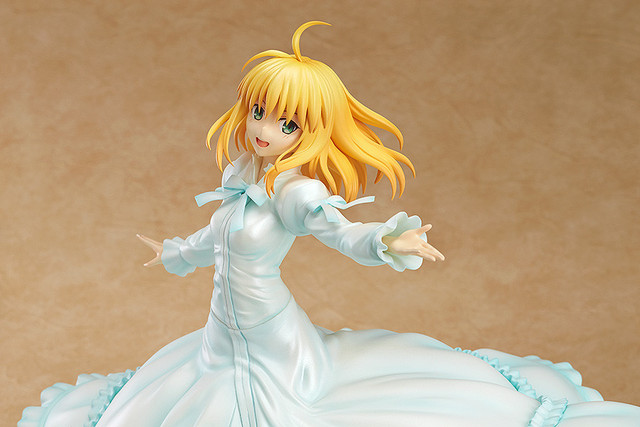 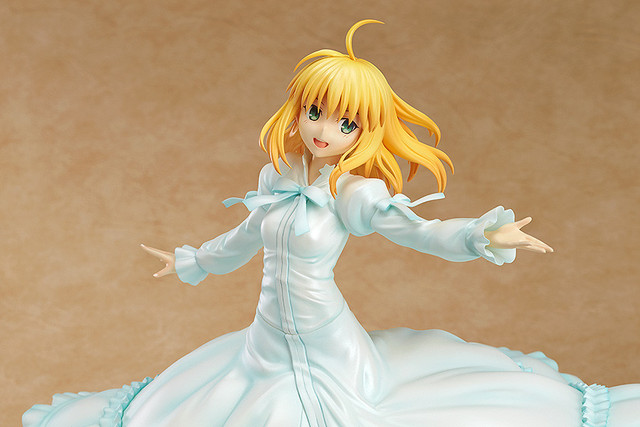 From the popular anime series 'Fate/stay night [Unlimited Blade Works]' comes a Nendoroid of the Rider-class servant from the 5th Holy Grail War, Rider! She comes with two expressions including both her standard expression as well as a shouting expression ideal for combat scenes.

Nendoroid Rider can be displayed with or without the visor that covers her eyes, and she also comes with her 'Nameless Dagger' which even includes a chain allowing for all sorts of poses from the series! A magic circle to recreate the Noble Phantasm 'Bellerophon' is also included. Enjoy Rider in Nendoroid size for a cuter experience than ever before! 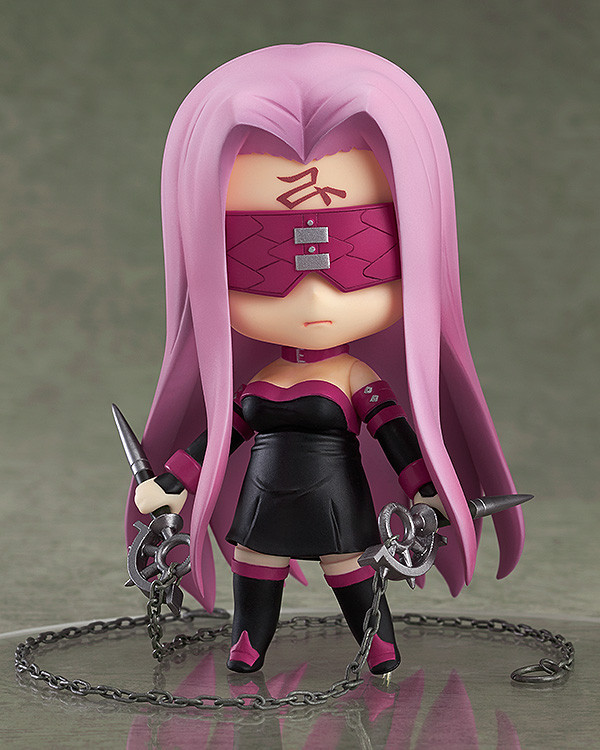 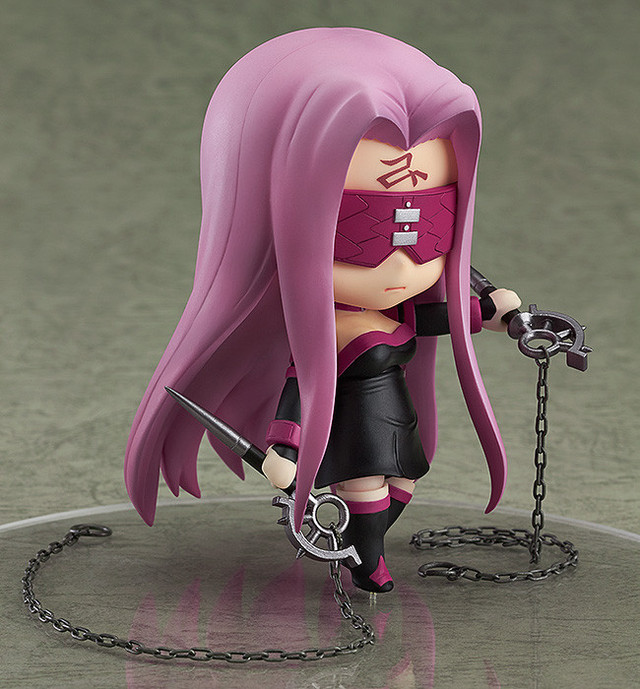 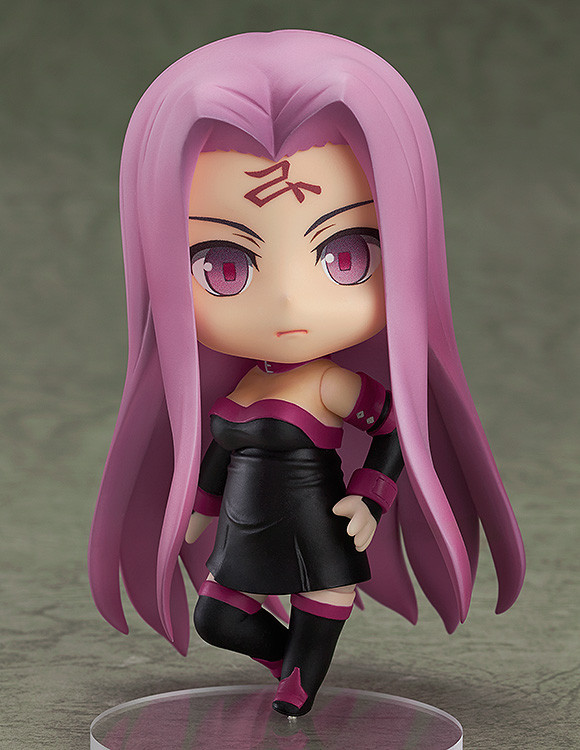 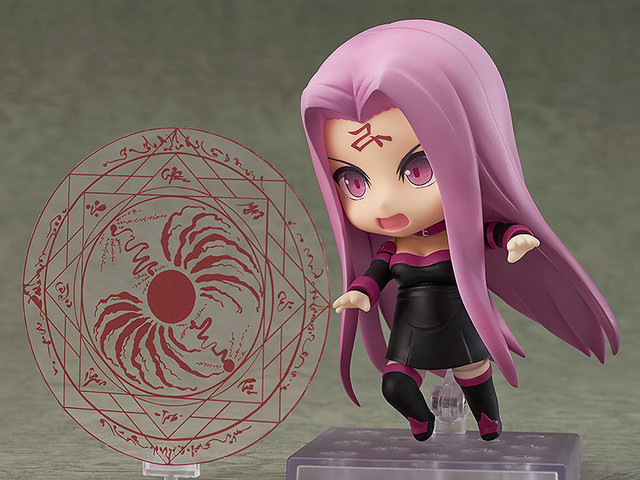 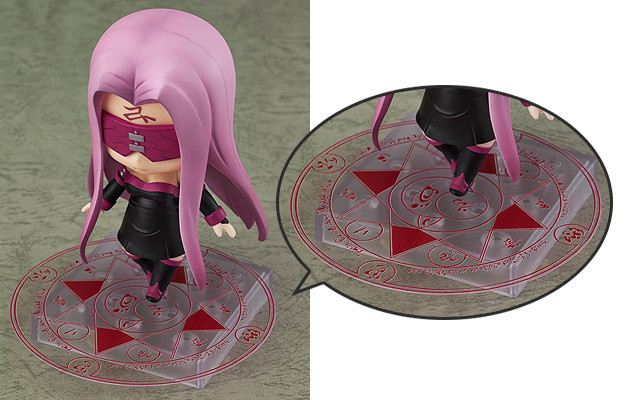