VIDEO: "Under Night In-Birth Exe:Late" Throws Down in a New Trailer 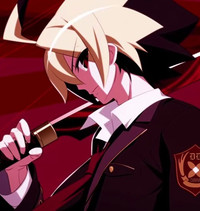 Aksys is bringing Ecole Software and French Bread's fighter Under Night In-Birth Exe:Late to PlayStation 3 in North America on February 24, and you can see more of the brawling action in a new trailer below.

Aksys describes some of the features: