The official website says, "in light of the current circumstances" 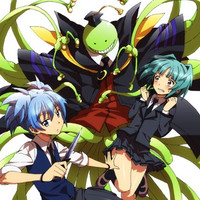 The official website for the ongoing TV anime adaptation of Yusei Matsui's Ansatsu Kyoushitsu/Assassination Classroom manga urgently announced at 19:00 (JST) that, in light of the current circumstances, the broadcast of the third episode, which was originally scheduled to be aired on Fuji TV tonight, was cancelled. The episode, or probably the assassination-themed TV anime itself, is postponed till further announcement.

While no explanation given, many fans are assuming it is because of the current hostage situation by

the Islamic State group. Three days ago, the militant group posted a video online to give the Japanese

government a 72-hour deadline to pay a $200 million ransom for two Japanese hostages. In the video,

a masked member of the group was holding a knife and intimidating the hostages and viewers with it.

As the manga/anime images below show, a knife is an iconic item in the Assassination Classroom franchise.

Whatever truth is, this mood of self-restraint may continue for a while in Japan.

UPDATE: According to Yomiuri Shimbun, Fuji TV's Public Relation Section confirms the reason of the

cancellation is a scene that a character is swinging a knife to kill a monster in the episode. 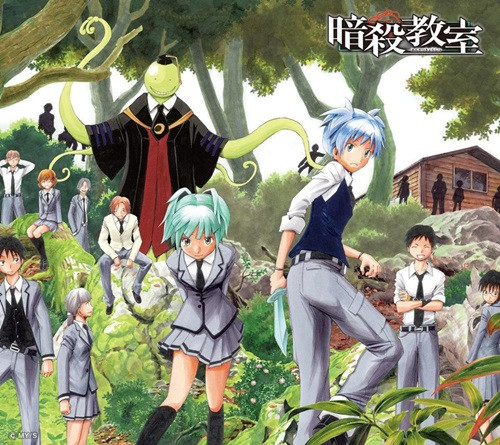 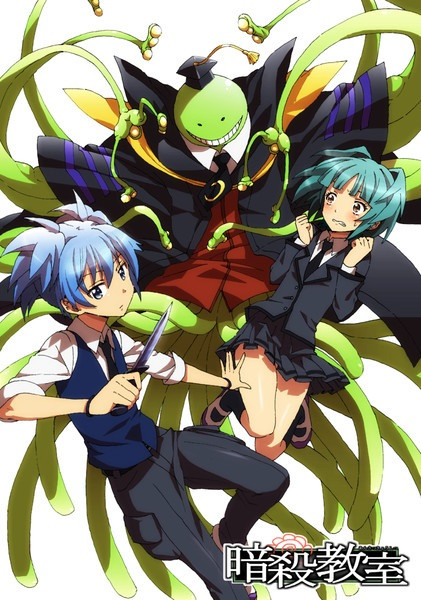 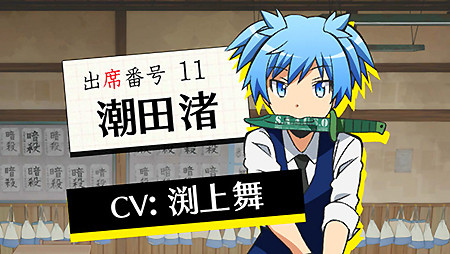