Original custom charms and posters will be offered 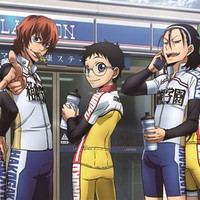 Following the ongoing one with The New Prince of Tennis till February 2, one of the largest Japanese convenience store chain Lawson will launch a new collaboration campaign with Yowamushi Pedal: Grande Road, the second season of the TV anime adaptation of Wataru Watanabe's road bicycle racing-themed manga from its following day. The main visual for the campaign featuring the five main characters: Sakamichi Onoda, Yusuke Makishima, Hayato Shinkai, Yasutomo Arakita, Jinpachi Toudou is posted on the campaign page. 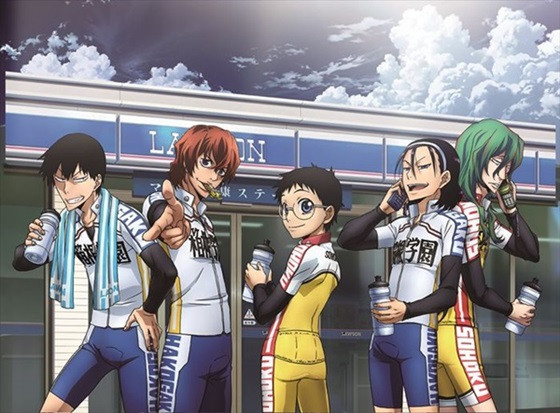 In this campaign, purchasers of three of the selected sweets (95 yen to 143 yen) can get one of the five

original custom charms for free till the stock lasts. It means that they have to purchase 15 items to complete 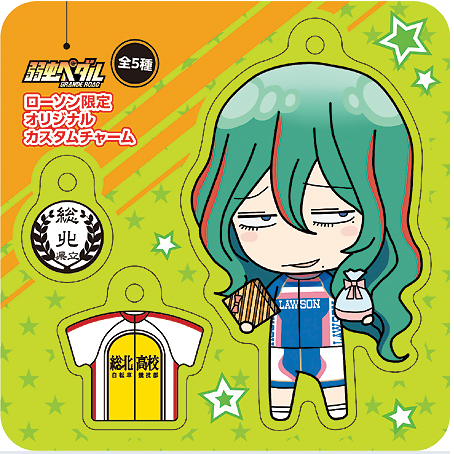 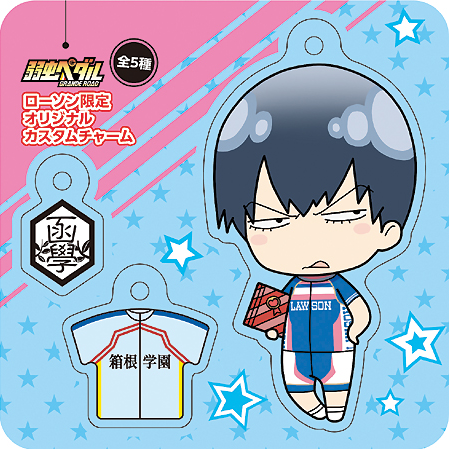 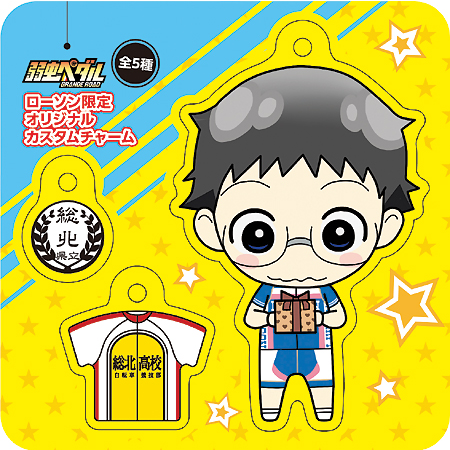 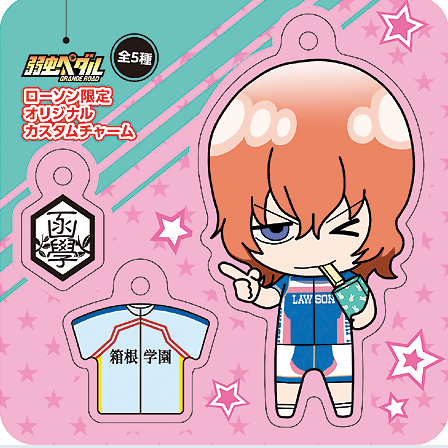 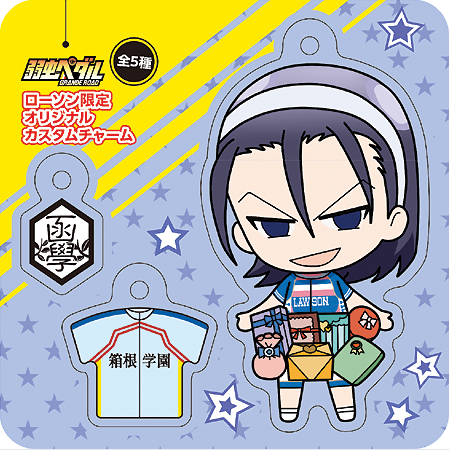 In addition, they have a chance to win this 540mm×240mm cushion by sending the receipt.

Also, purchasers of two Cup Noodle Light can get one of the five character posters below. 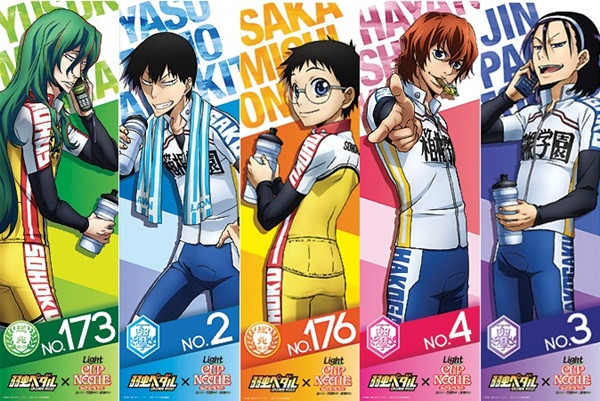