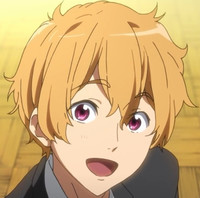 Following the Discotek title news, even bigger news from the licensor as it has entered into a partnership with Crunchyroll to release select titles from its library on home video starting later this year. These releases will be sub-only and DVD-only. Below is the official announcement followed by the slate of titles

Crunchyroll Inc. and Discotek Media will be working together to bring some of your favorite anime series to home video this year. The initial titles will be Free! -Iwatobi Swim Club, Recently My Sister is Unusual, Galilei Donna, Arpeggio of Blue Steel, and Strike the Blood. All series will be available subtitled on DVD later this year. Further details will be announced at a later date.