Directed by Masashi Ishihama (From the New World) 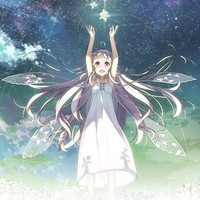 After the seven-day countdown is over, it is today revealed on the mysterious garakowa.jp site that the project is an anime feature film titled Glass no Hana to Kowasu Sekai (Vitreous Flower Destroy the World) which is based on Physics Point's illustration and novel work D.backup. It won the Grand Prize in Pony Canyon's first Anime-ka Taishou (Anime Adaptation Grand Prix) in November 2013, and the anime adaptation project was already announced at the time as the prize, with 1 million yen prize money.

While the details of the story is still unknown, the anime film is scheduled to be released in Japan at some point of this year.

Teaser posted in September 2014 featuring an image song by chukka

© project D. back up