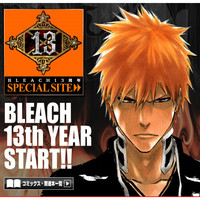 This week's 2015 Shonen Jump issue 11 announces new plans for Bleach's anniversary "13th Years 13th Blades" project. A new fan book has been scheduled and to prepare, a G13T General Election is opening to allow Japanease readers to pick their favorite Shinigami, as well as a Best Bout for their fights, and a favorite Zanpakutou ranking.

See more on the anniversary celebration at http://www.j-bleach.com/ 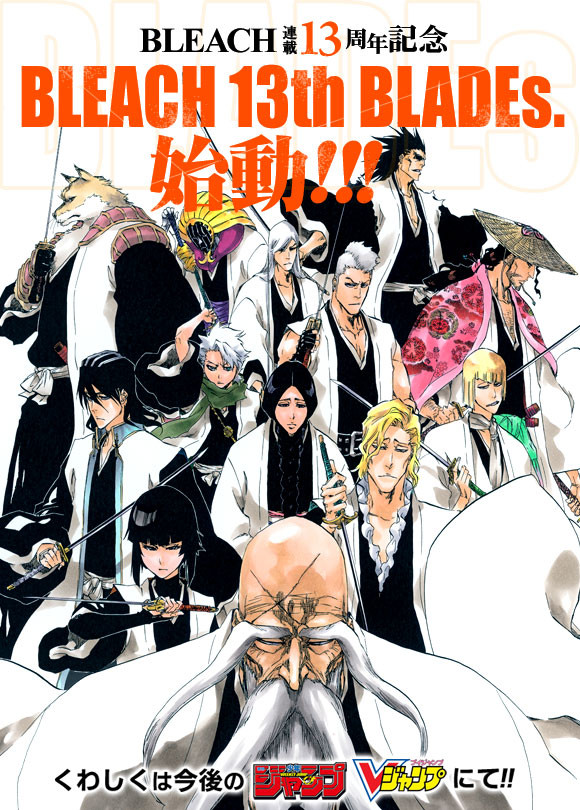 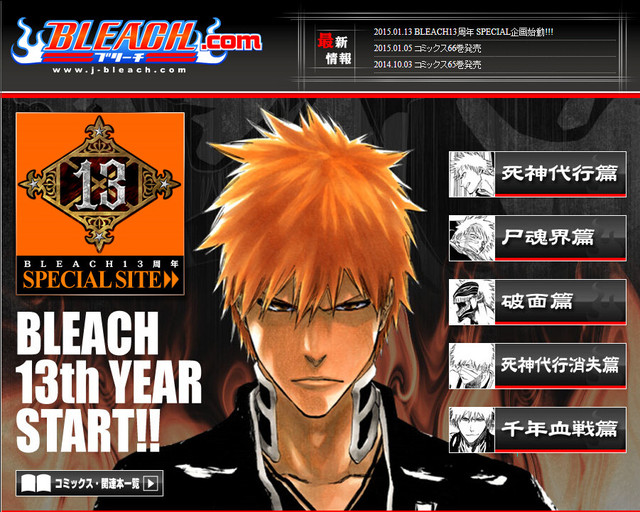 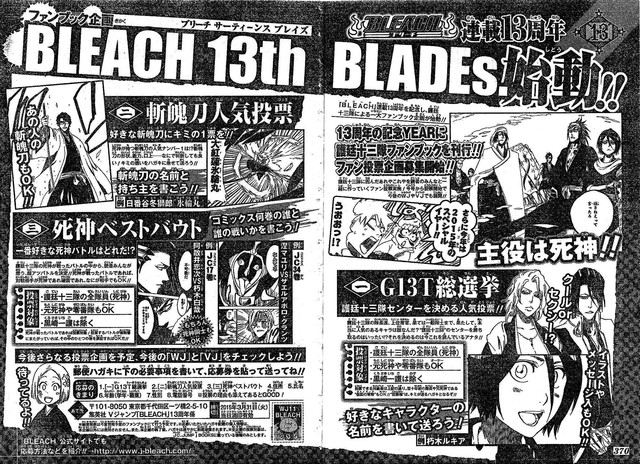