The details will be revealed in this summer 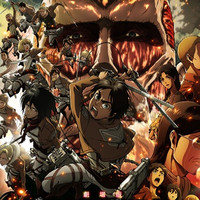 It is officially announced at Japan Amusement Expo 2015 (JAEPO 2015) today on February 13 that Japanese game company Capcom (Street Fighter, Biohazard/Resident Evil) is now developing an arcade game based on Hajime Isayama's mega hit manga series Attack on Titan. The details of the project will be revealed in this summer. In the end of the announcement video, there was a phrase "Sacrifice Your Heart."

In December 2013, Spike Chunsoft released a Nintendo 3DS game "Shingeki no Kyojin: Jinrui Saigo no Tsubasa" (Attack on Titan: The Last Wings of Mankind), and several social games based on the franchise have been avaialble in Japan.