Beverage marker and classic game both prepare to celebrate anniversaries 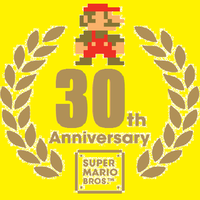 Joining to celebrate the 40th anniversary of Dydo Drinco and 30th anniversary of Super Mario Bros., Nintendo has teamed up with the beverage maker for a set of special canned coffee caps inspired by the classics game. The set of eight 8-bit style ornaments debuts on February 17th with cans of DyDo Blend and Demitasse coffee, both selling for 115yen. 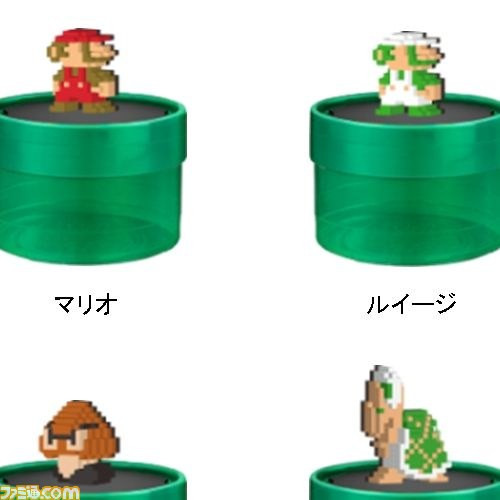 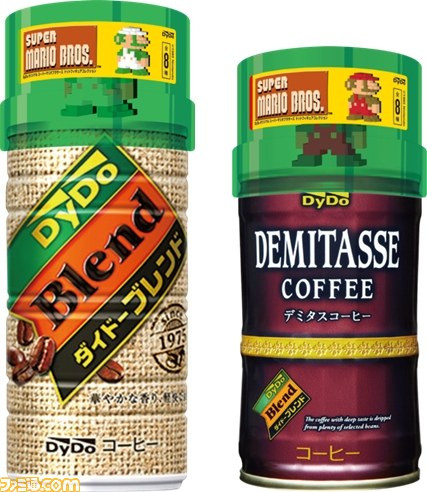 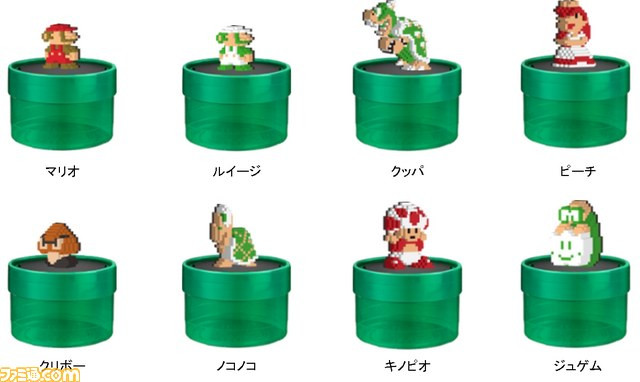