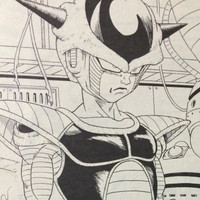 Mini-manga Dragon Ball Heroes by “Toyotarō” has taken a break from its V Jump run to make room for a three chapter introduction/adaptation to April's Dragon Ball Z: Revival of “F” anime movie. Ahead of the issue's February 21st release, a bit has made it online...

A summary of the first chapter runs down...

Starts with flashbacks to Freeza getting beaten by Goku and Trunks

With Freeza down, his army is in shambles. So to reorganize, Sorbet (former staff officer of the third stellar region) takes control of the army for the time being. He heads for Earth together with Tagoma, a warrior on par with the likes of Zarbon and Dodoria.

They coerce the Dragon Balls from Pilaf and co., summon Shenlong, and wish to revive Freeza.

Freeza: “I won’t be satisfied until I’ve killed the two Super Saiyans who did this to me.”

Tagoma says something he shouldn’t, and gets killed for it.

Freeza: “That’s more than I imagined. But I’m a prodigy, so if I bring out all of my dormant power through training, I’ll crush even the Saiyans in the blink of an eye.”

Dragon Ball Z: Fukkatsu no F is scheduled to be released in 2D, 3D, IMAX 3D and 4DX in Japan on April 18. Idol group Momoiro Clover Z will perform the theme song, while hardcore punk band Maximum The Hormone's 2008 song "F" will be featured in a battle scene of the film as well. 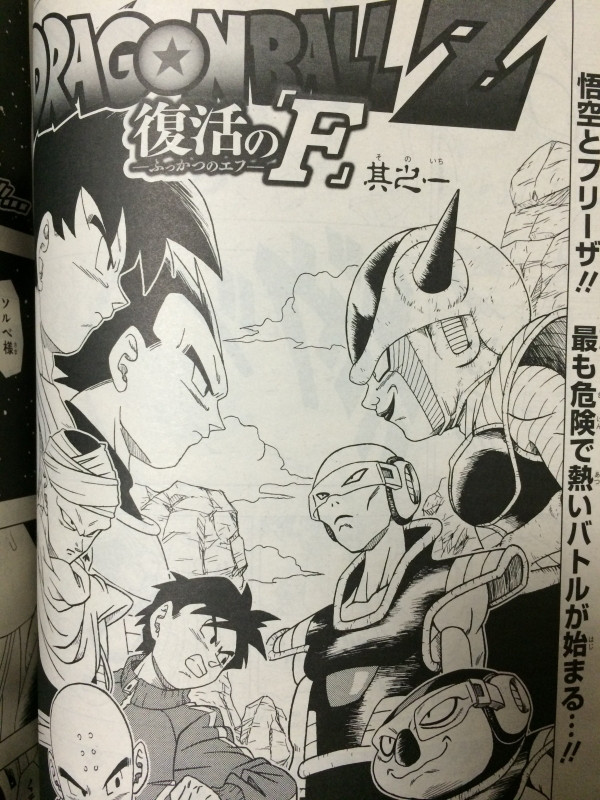 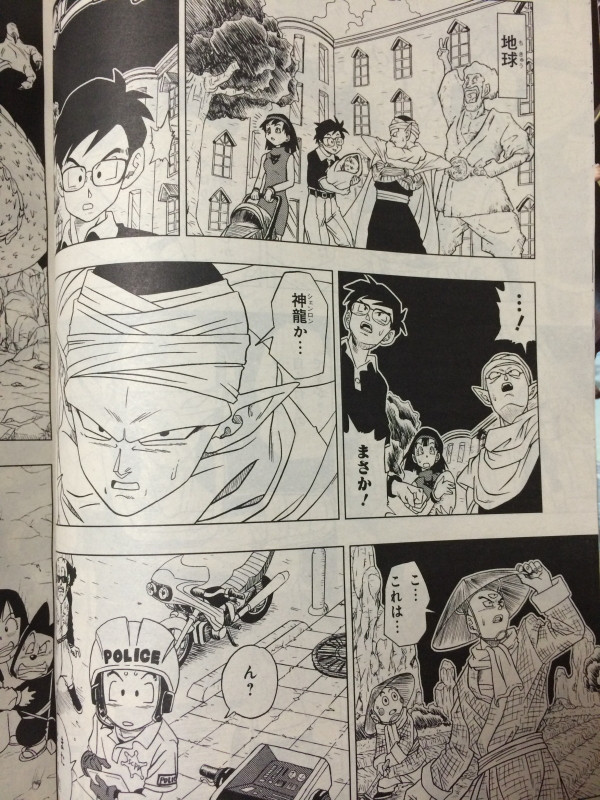 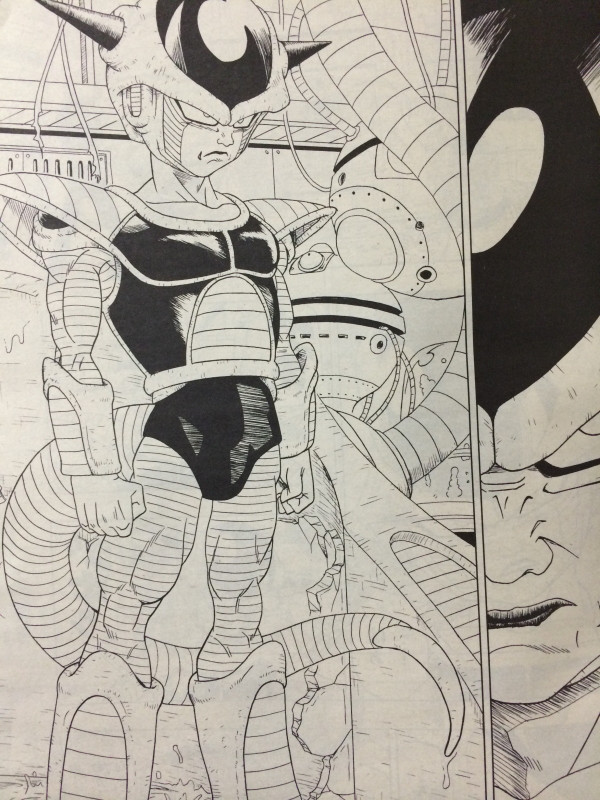 via Dragon Blog Z and Kanzenshuu