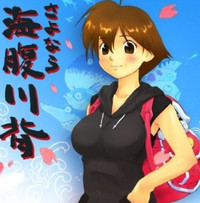 Fishpole-swingin' platformer Yumi's Odd Odyssey—which originally hit Nintendo 3DS in Japan as Sayonara Umihara Kawase in 2013 before coming to the west last year—is coming to PS Vita in Japan on April 23. In addition to the full game, now running at 60 frames per second, the Vita release has ten more stages designed by series creator Kiyoshi Sakai, complete with new enemies.

There's also another special bonus in this version: The original Umihara Kawase game that kicked the whole series off on Super Famicom back in 1994. Famitsu has footage of that, as well as some Vita footage of Yumi's Odd Odyssey, in the videos below.