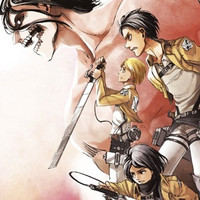 The official website for the Attack on Titan anime project today revealed details of the upcoming DVD/Blu-ray disc of the first compilation film Attack on Titan: Guren no Yumiya. The first film which compiled the first 13 episodes of the TV anime was released in Japan on November 22, 2014. Its DVD/Blu-ray will be released on March 18. The second film Jiyuu no Tsubasa which tells the story from the 14th to 25th episode will open on June 27.

In addition to the trailers, teasers and CMs, the first press edition also includes:

-Leaflet and back cover for the CD 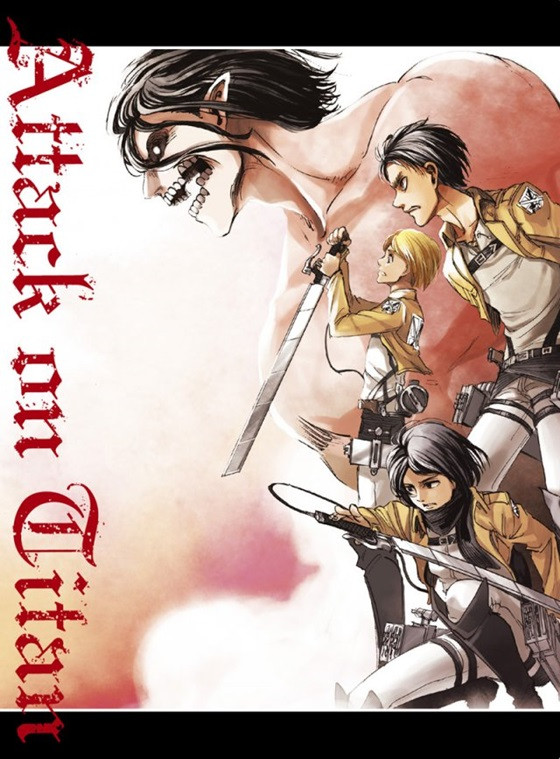 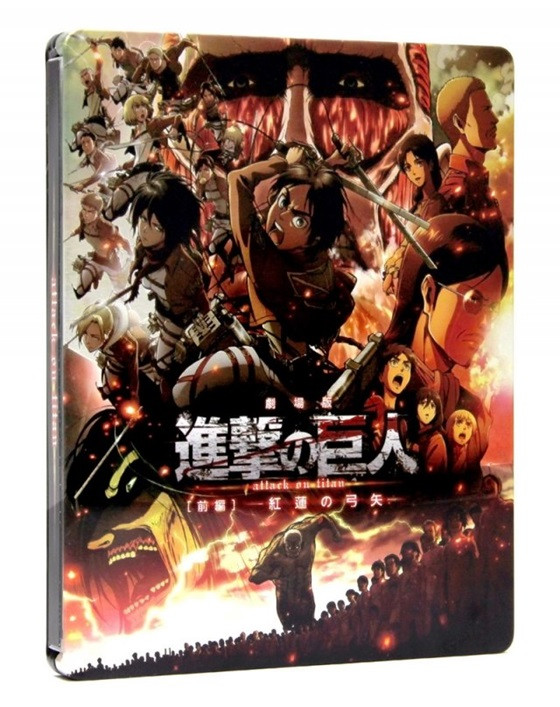 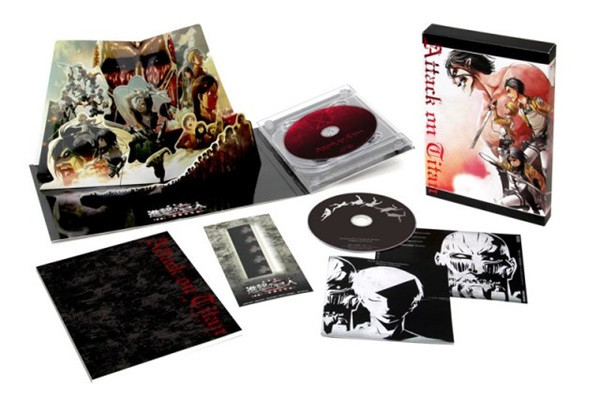 The anime project site has also updated with a rough sketch of the key visual for the 2nd film.

Th tagline says, "Despair, Madness, Destiny. Are you ready to watch everything to the end?" 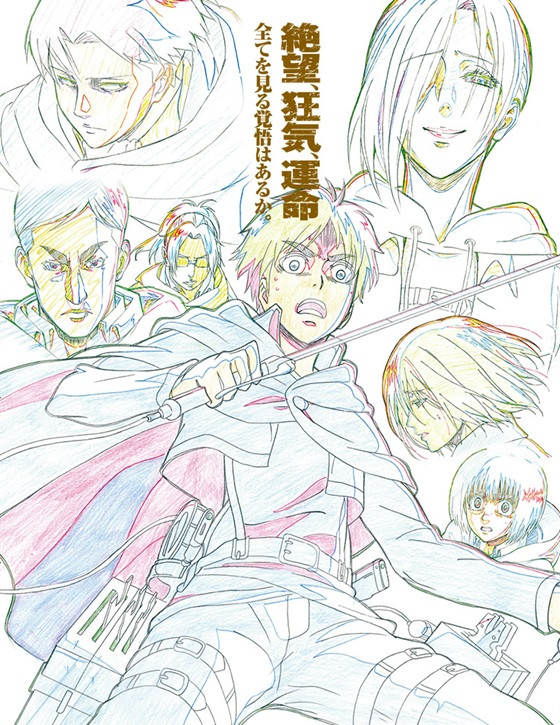