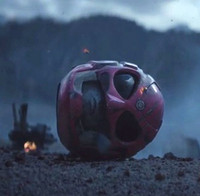 I don't know that I love this dark and violent Power Rangers short film by Joseph Kahn (Torque, a bunch of commercials), but I'm glad it exists. It's a really well-made short produced by Adi Shankar (Dredd, The Punisher: Dirty Laundry), starring Dawson's Creek's James Van Der Beek and Battlestar Galactica's Katie Sackhoff, and it's more than a little NSFW as far as violence and language goes. If that's fine with you, go ahead and watch POWER/RANGERS below.

Hey, at least it's not some "ironic" parody. Here's Adi Shankar on why this was made: