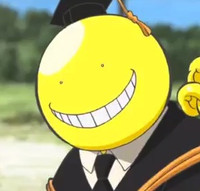 A special Assassination Classroom "episode 0," titled "Deai no Jikan" ("Meeting Time"), premiered last November in Japan as a Jump Special Anime Fest event anime (the series' second), and now it's coming to home video in the region. The anime's official website lists the episode as an extra for the first Blu-ray and DVD limited edition releases, due out on March 27.

The limited edition Blu-ray will be available for ¥6,264 ($53), with the DVD coming in at ¥5,184 ($44). In addition to the special episode, the limited editions come with clean versions of the opening and closing, audio commentary for episode one, and trailers and commercials. Physical extras include a booklet, CD, slipcase by character designer Kazuaki Morita, a case with Koro-sensei's grinning mug on it, and a box that will hold the full series.

Here's a preview from the official site: 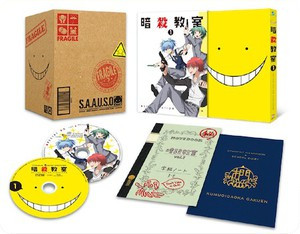