"Dragon Quest Heroes" is Coming to North America and Europe

PlayStation 4 version to be localized, released digitally and at retail 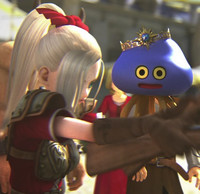 Those with their fingers on the import trigger for Dragon Quest Heroes might want to take a step back. Square Enix announced plans to bring the PlayStation 4 version of the Musou-style action game to the west sometime this year. 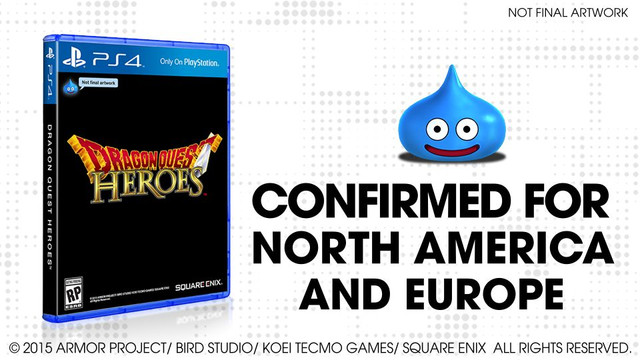 Now celebrate with the opening movie:

Here's how the post over at the PS Blog describes it:

So here’s a little bit about the game itself. In Dragon Quest Heroes, the protagonists must rise up against insurmountable odds, challenging swarms of enemies and conquering gigantic monsters in an exhilarating action game. Filled with characters and monsters designed by world-renowned artist Akira Toriyama, Dragon Quest Heroes is brought to PS4 in beautiful HD.

Both Yuji Horii, the general director and creator of Dragon Quest, and Koichi Sugiyama, the composer closely tied to the series since its first installment, are closely involved in bringing this title to life.

Furthermore, ω-Force (Omega Force) from KOEI TECMO, the team that has created numerous popular action game series, is taking part in its development.

Dragon Quest Heroes is a game that Dragon Quest fans and gamers with all kinds of interests will enjoy.

Dragon Quest Heroes will be available digitally via the PlayStation Store and in boxed form at retailers and the Square Enix Online Store.