March event features themed drinks, food based on the misadventures of the Doronbow Gang 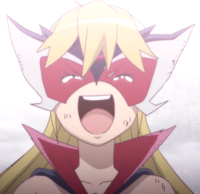 The Shirobaco (“White Box”) Anime Collabo Cafe – not to be confused with the Shirobako anime series – is a sort of dinner-theater cafe located in Tokyo that specializes in anime-themed events. Their newest event, beginning March 07, 2015 and running until March 22, 2015, features a collaboration with the Yatterman Night TV series. 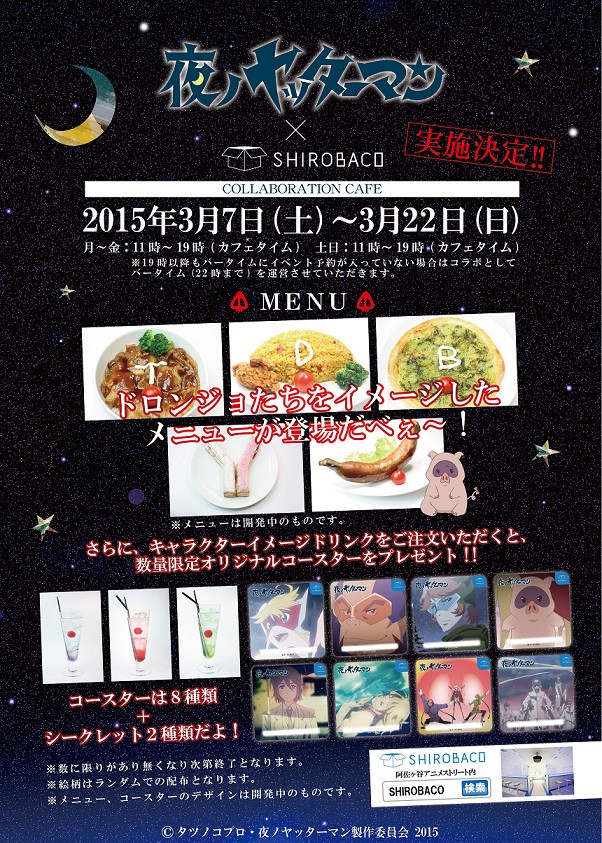 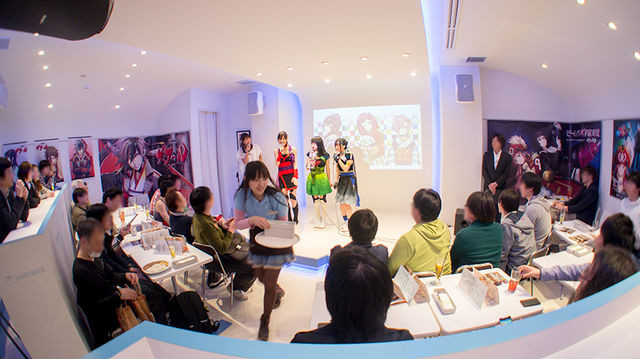 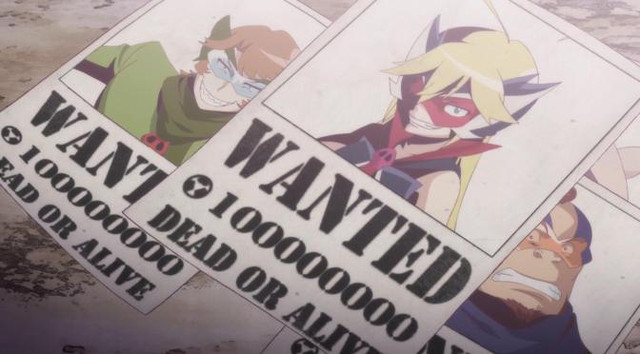 The name "Shirobaco" is meant to evoke the feeling of excitement that workers within the anime industry would feel when the masters of a completed anime episode would be passed around in white clamshell boxes before being sent to the TV stations to air.

More information can be found at the official Shirobaco website.

Tags
shirobaco anime collabo cafe, yatterman night
« Previous Post
VIDEO: Goku and Frieza Get Fired Up in "Dragon Ball Z: Resurrection of F" Commercial for Slimming Soda
Next Post »
"Kancolle" and" Madoka Magic" Show That Hinamatsuri is For Ship Girls and Magic Girls Too!
Other Top News
3 Comments
Sort by: