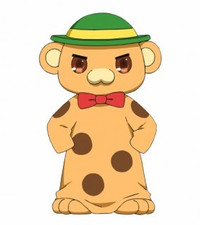 Earlier it was reported that a press conference would be held on February 27, 2015 on Niconico Douga to announce the details of Ani x Soccer, a collaboration between various anime creators and three teams of the J2 League professional soccer association. 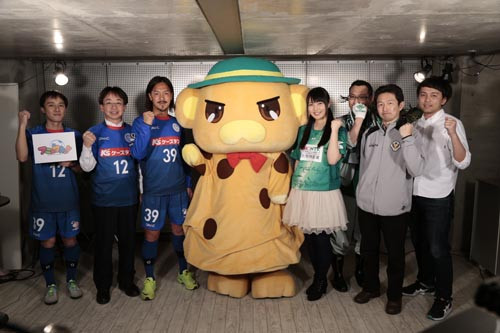 Now the results of that press conference are in: the Ani x Soccer project will feature custom character goods to be sold at the stadiums for upcoming matches with Tokyo Verdy, FC Gifu, and Mito HollyHock. These goods will feature characters from Amagi Brilliant Park, No-Rin, and Girls und Panzer clad in their respective teams' jerseys. 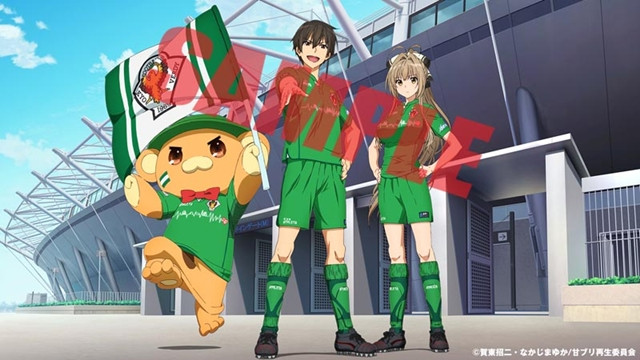 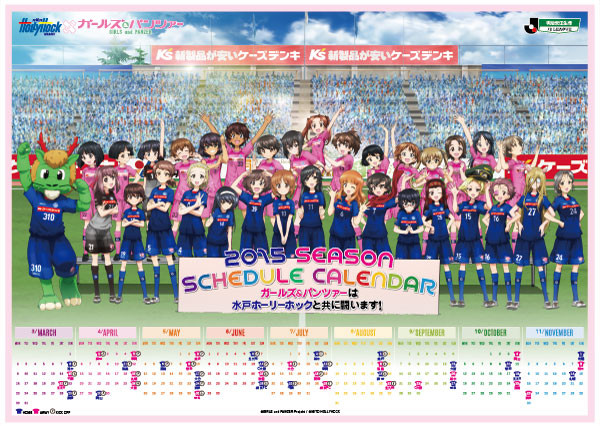