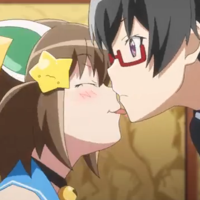 The premiere date for the upcoming 2D/3D hybrid TV anime Etotama is set for April 9. Unlike typical TV anime disc releases, the first DVD/Blu-ray disc with the first two episodes is already scheduled to be released on April 15, one day before the on-air of the second episode.