"The Labyrinth of Grisaia" 60-Minute Episode Scheduled for April 12 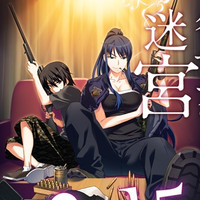 "The Labyrinth of Grisaia" schedule:

"The Eden of Grisaia" schedule:

Tags
the labyrinth of grisaia, the eden of grisaia, the fruit of grisaia, spring 2015
« Previous Post
VIDEO: Behind the Scenes of Voice Actress Yui Ogura's 1st Album "Strawberry JAM"
Next Post »
Crowdfunding Launched for Anime Feature Film of "In This Corner of the World" Wartime Manga
Other Top News
18 Comments
Sort by: