Will Nintendo finally break into the world of mobile gaming? 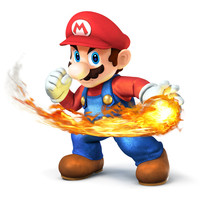 In a pair of joint press releases published March 17, 2015, Nintendo and DeNA have announced a new business and capital partnership that promises to finally bring popular Nintendo characters into the world of mobile gaming.

Before you get excited at the prospect of playing a port of Super Smash Bros on your smart phone, though, DeNA notes in its release that “only new original games optimized for smart device functionality will be created, rather than porting games created specifically for the Wii U home console or the Nintendo 3DS portable system.”

The partnership also promises to develop an online membership service for multiple devices (mobile, PC, and Nintendo consoles) that will debut in the fall of 2015 in order to distribute the new games.

We live in exciting times, don't we?