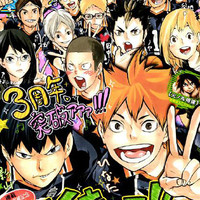 Haruichi Furudate's Haikyuu!! volleyball manga gets the cover spot in next week's issue 17 of the Japanese edition of Shonen Jump. The spotlight is being used to announced that the compilation movie anime's first season will in fact be two movies, planned for July 3 and September 18th. These will lead into the anime's second season, now planned for a fall debut, and a stage play scheduled for November. 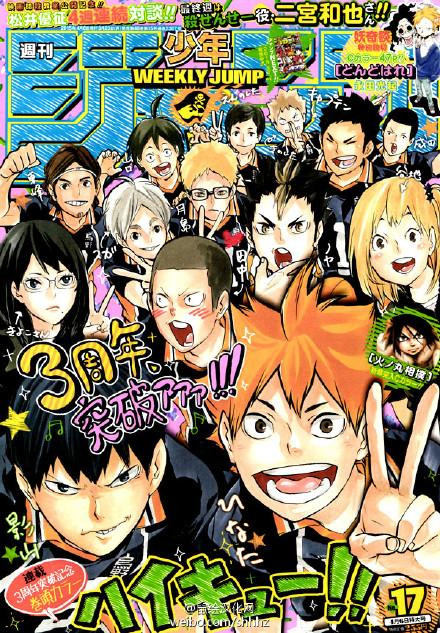 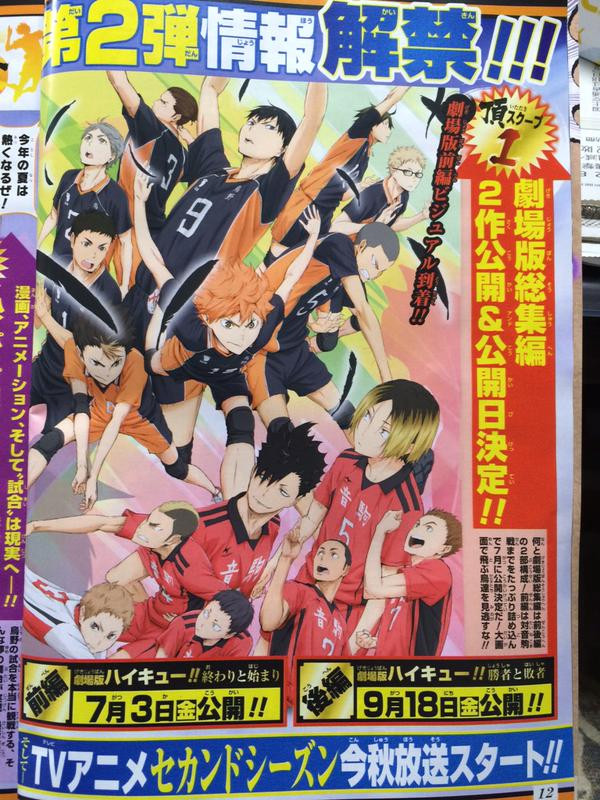 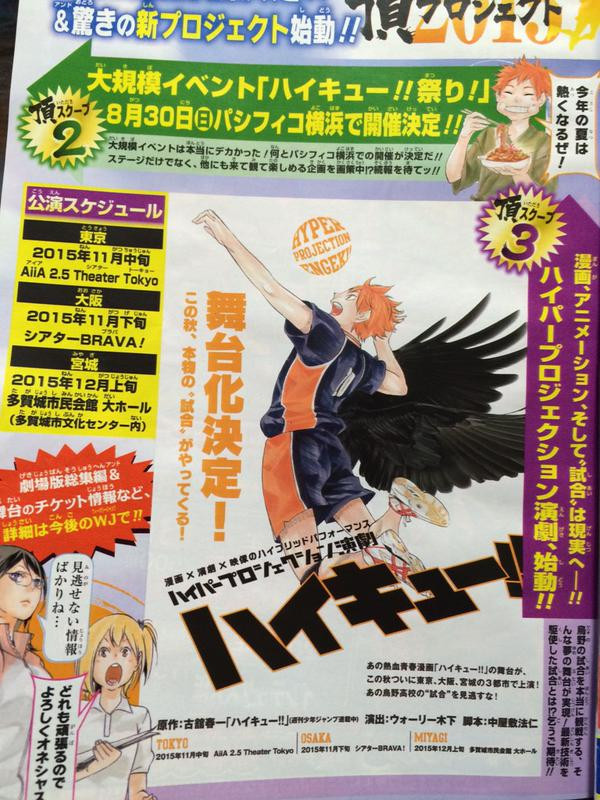