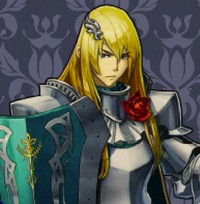 Announced last week, Mystery Chronicle: I Won't Look Back Until I Win has Spike Chunsoft taking on a quasi-remake of Japanese indie PC game One Way Heroics. The roguelike RPG features auto-scrolling, randomly-generated worlds and turn-based movement, and you can see some of it in the teaser trailer below.

Mystery Chronicle: I Won't Look Back Until I Win is coming to PlayStation 4 and PS Vita in Japan this summer.