"Love Live!" Official Store to Open in Harajuku on April 24

Over 5,000 yen purchasers will get a special shopper 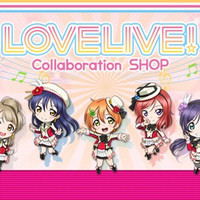 Over 5,000 yen purchasers will get a special shopper and its visual will be revealed on the official website soon. In addition, after the release of the film, those who buy over 1,000 yen worth items and bring the stub of the ticket will also receive a special gift from the store.

Soccer Gets Cute and Tasty at Captain Tsubasa Cafe