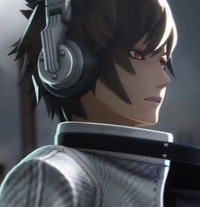 There's been a bit of a shake-up in the team behind PS Vita multiplayer action game Freedom Wars. The developer announced the departure of producer Junichi Yoshizawa, who hopped on Tumblr to thank everyone for their support.

Regarding his decision to leave, Yoshizawa added, "I think a lot of people might be worried about the future of Freedom Wars from hearing this." He then reassured everyone by announcing his replacement, associate producer Tokuou Ohnuma, who will be in charge of future Freedom Wars announcements.