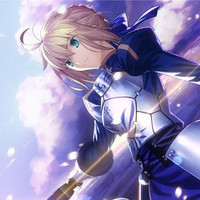 It's down to days until this weekend's debut of Fate/stay night[Unlimited Blade Works]'s second cour, and to prepare for the resumption of The Fifth Holy Grail War, a new promo has been posted.

The series' new opening is Aimer's "Brave Shine" with Kalafina returning for ending "Ring Your Bell."