Series from the "Angel Beats!" creators to debut this July 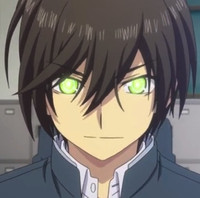 Last week we posted updated staff and schedule info for Charlotte, the upcoming original anime from Aniplex, Key, and P.A. Works. The series reunites Angel Beats! scenario writer Jun Maeda and original character designer Na-Ga for a story set in a world in which a small percent of children manifest super powers upon reaching puberty. Now you can see some more of the show in motion thanks to the new two-minute promo and TV commercial below.

Charlotte is scheduled to debut this July.