PS4 version launches in North America and Europe next month 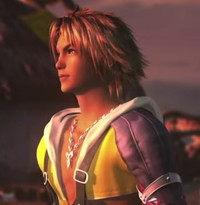 In addition to the previous HD bells and whistles, the PlayStation 4 version features cross-save functionality with the PS3 and PS Vita versions, and the ability to switch between classic and remastered soundtracks.

Final Fantasy X/X-2 HD Remaster hits PlayStation 4 in North America on May 12, followed by Europe on May 15.