Grand Prix kicks off next season 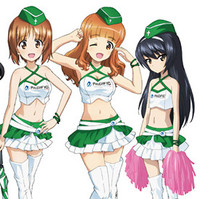 Japanese car racing team Pacific Racing Team linked up with Squid Girl in 2011-2012, Ghost in the Shell: Arise in 2013, Love Live! School Idol Project for the 2014 season, and now Girls und Panzer for 2015. While they don't promise any tank drifting along the lines of the TV anime's finale, the drift racing launches the D1 Grand Prix series on April 18, 2015 in Obaida, and to prepare, the visual and collaboration goods have been previewed. 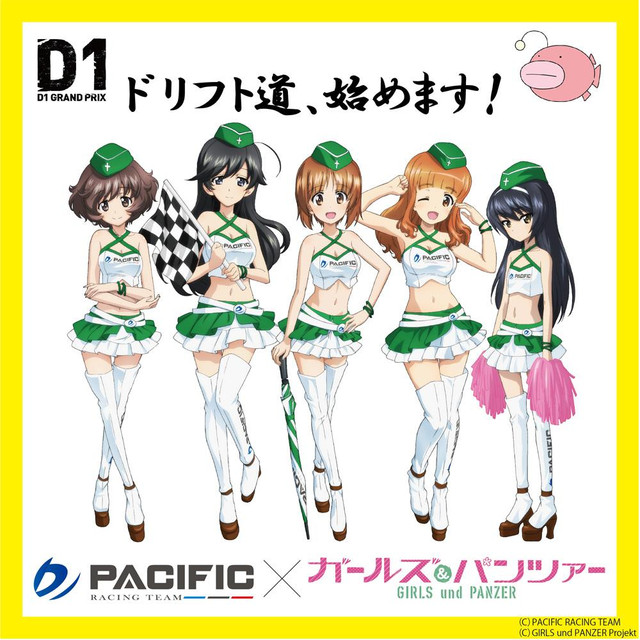 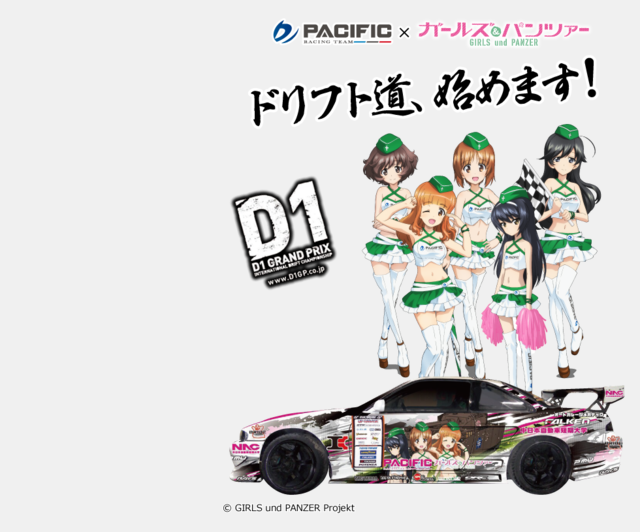