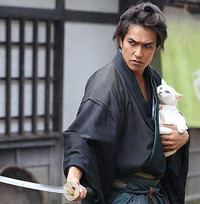 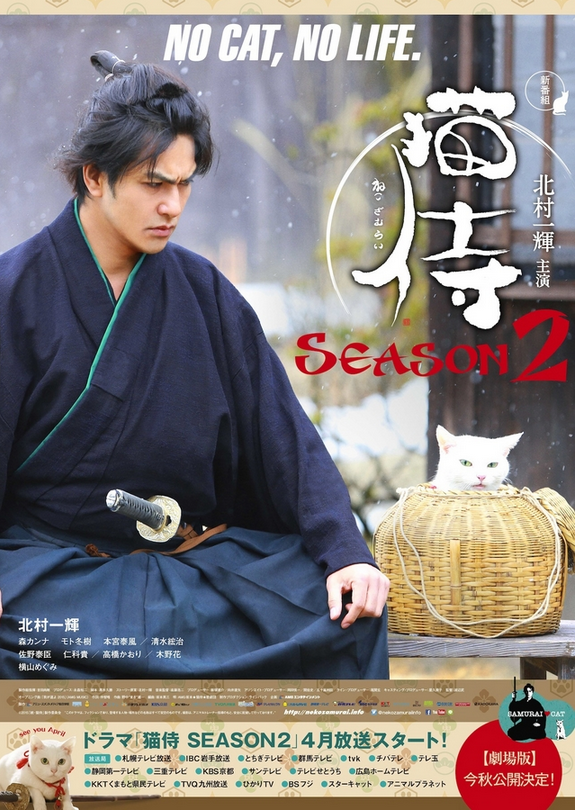 The popular TV period drama / comedy Neko Zamurai is getting a second season.

In Neko Zamurai, Kazuki Kitamura stars as Kyutaro Madarame, a down-on-his-luck samurai who is hired to assassinate Tamanojyo, the fluffy white cat belonging to a wealthy local boss. Instead, Kyutaro absconds with the cat and vows to protect it from harm.

The original 2013 Neko Zamurai TV series was so popular that it spawned a movie adaptation in 2014, also starring Kazuki Kitamura. The film was directed by Yoshitaka Yamaguchi and was featured at the 2014 Japan Cuts film festival in New York City. 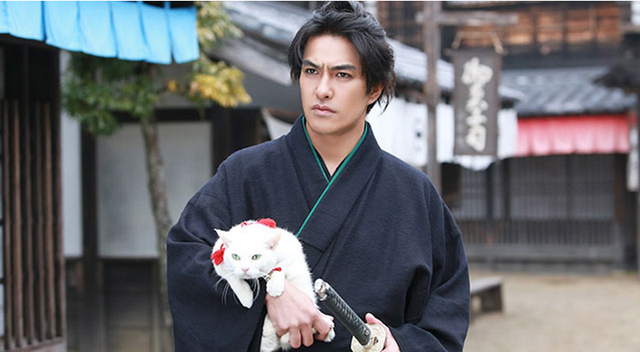 Another Neko Zamurai theatrical film, entitled Neko Zamurai: Go to the South of the Island, is scheduled to hit Japanese cinemas in the Fall season of 2015.

Would You Hug These 10 Anime Cats? We Bet You Would!