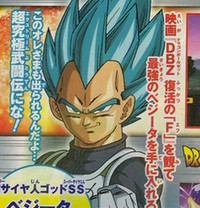 Dragon Ball Z: Extreme Butouden—currently in the works at developer Arc System Works (BlazBlue, Guilty Gear)—has another fighter joining its extensive roster, and this one's a heavy hitter. According to the June issue of Shueisha's V Jump magazine, Super Saiyan God SS Vegeta will join in on the action as a Z assist character, with a download code available on tickets for Dragon Ball Z: Resurrection 'F' in Japan. 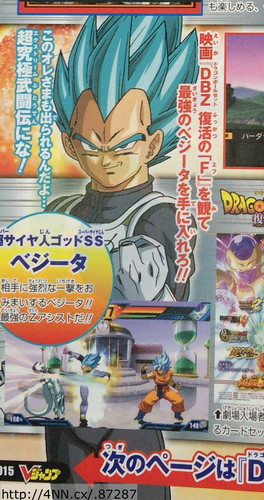 You can see some of the Extreme Butouden demo in action below (via ShonenGameZ):