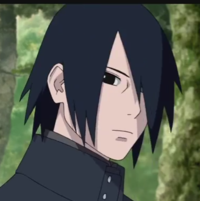 Australian distributor Madman has posted a selection of English-subtitled trailers for features that include Boruto - Naruto The Movie and acclaimed director Mamoru Hosoda's The Boy and the Beast, which they'll be bringing to regional theaters, as well as Madoka Magica: Rebellion, 009 Re: Cyborg and the live-action Lupin III, which they are offering on Blu-ray and DVD.

"This is the pinnacle of all my creations" - Masashi Kishimoto

Tags
naruto, the boy and the beast
« Previous Post
"Hayate the Combat Butler" Spoofs "Is It Wrong to Try to Pick Up Girls in a Dungeon?"
Next Post »
Sink Your Teeth into Lotte's "Jojo's Bizarre Adventure - Stardust Crusaders" Gum
Other Top News
3 Comments
Sort by: