Speaking of outrageous hug pillow, check out the six meter dakimakura in action! 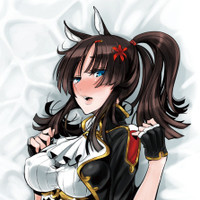 With Monster Musume getting an anime this summer and hitting New York Times' best seller list, the age of the monster girl has arrived! Soon, every red blooded otaku will be wanting their own centaur hug pillow, and thanks to GOT, the one designed by Z-Ton of the SHIS circle, and sold out after being offered by Comic Anthurium at Comiket 83, they can now order one from doujinshi and anime goods seller. 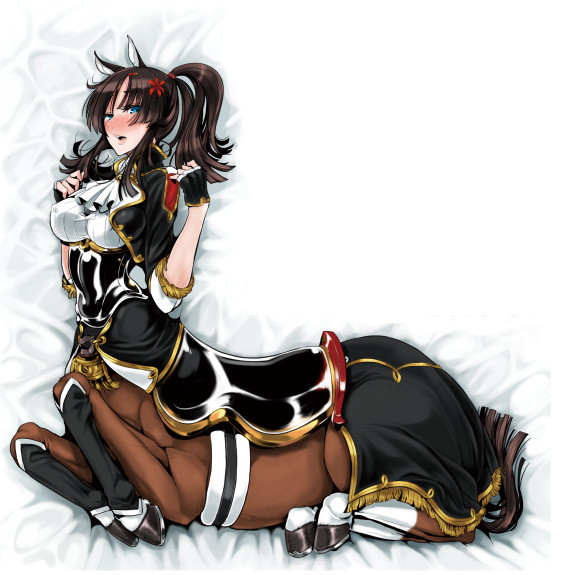 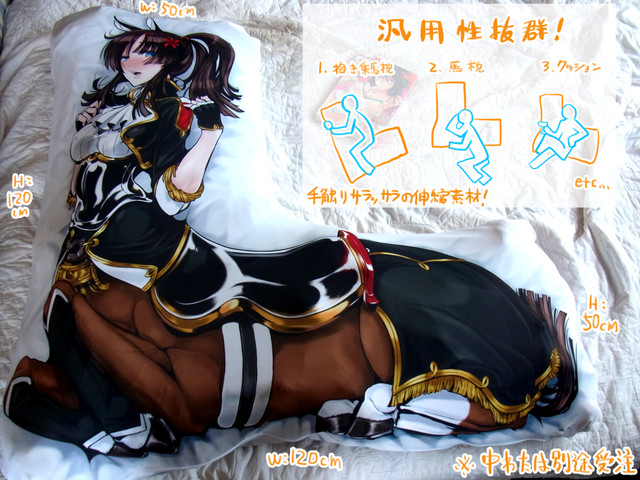 The other side is NSFW

There's also a Comiket hype movie, with a NSFW cover image on Youtube.

Some goofy (and NSFW-ish) response art

Speaking of outrageous hug pillow, check out the six meter dakimakura in action!