Reworked version heads to an additional region next week 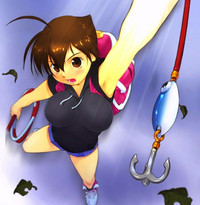 Here are the Vita version's features: