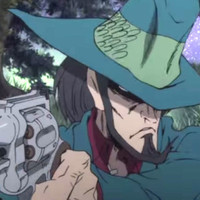 Lupin and Jigen have their sights set on a treasure worth stealing called the Little Comet which is located in the country of East Doroa, but Yael Okuzaki, a skilled assassin is after Jigen.