Coming to cinemas in Australia & New Zealand in 2015 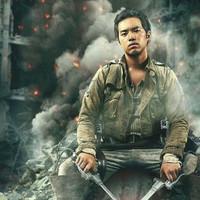 Anime distributor Madman has posted an English-subtitled trailer for the live-action Attack on Titan, which they will be bringing to cinemas in Australia & New Zealand in 2015.