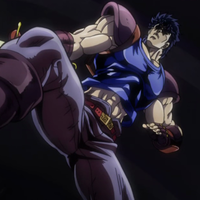 Amazon has posted a preliminary listing for a North American release of the first season of the JoJo's Bizarre Adventure anime. The retailer has a DVD set planned for July 28 from Warner Home Video at $49.98.