13th tankobon volume is scheduled to be released on June 18 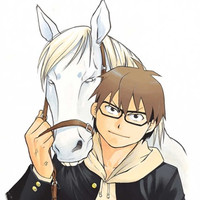 The 24th issue of Shogakukan's Weekly Shonen Sunday, which is officially published today in Japan, announced that Hiromu Arakawa's farming-themed manga Gin no Saji/Silver Spoon will go on hiatus again for a while. After eight months hiatus since August 2014, the manga returned to the magazine's 21st issue released on April 22 of this year, with its 111th episode.

After two more episodes, 112th on the 22/23rd issue and 113th on the 24th issue, which become enough to complete the upcoming 13th tankobon volume, the author decided to take another (probably long) break to take care of her family member in sickness. The 13th volume will be released on June 18. The date for the resumption of the manga's serialization will be announced on the magazine and its official website when it's ready.

Covers of the 1st and 12th tankobon volumes 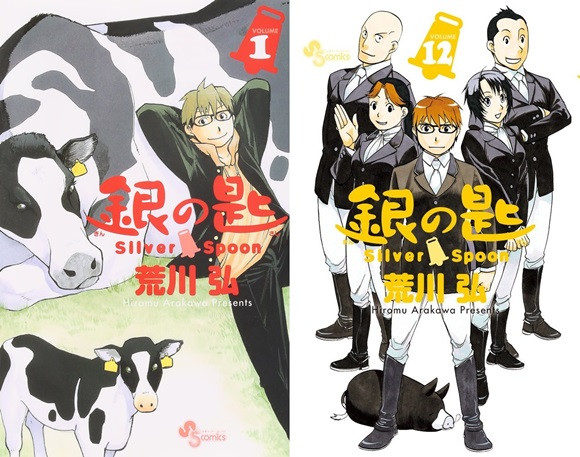