Europe gets the cute Wii U platformer on June 26, North America and Japan in Q3 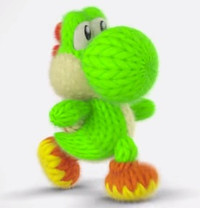 Nintendo is really pouring the cute on thick with Yoshi's Wooly World, as further evidenced by a new video that showcases a bunch of different-colored Yoshis. Players will be able to unlock different patterns with the help of hidden Wonder Wools, and you can see a screenful of samples below.

Yoshi's Woolly World hits Wii U in Europe on June 26, with North America and Japan to follow later this year. The special Yoshi amiibo figures will be available separately and as part of a pack-in edition.