"The Fruit of Grisaia" English Translation Hitting Steam in Late May

The other two games in the series are soon to follow 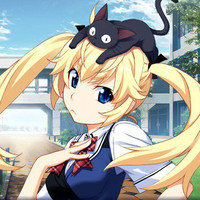 Sekai Project will be releasing Front Wing's visual novel The Fruit of Grisaia via Steam on May 29. That's finally not that long of a wait, after we learned a few months ago that we'd be seeing a translated version.

The upcoming release is an English translation of the original PC edition that came out in 2011 and was later ported to PS Vita in 2013. The costs for this game and the rest of the Grisaia trilogy were actually fulfilled by a Kickstarter project last year, so that means we'll be seeing both The Labyrinth of Grisaia and The Eden of Grisaia headed to Steam with full translations as well.

For what many consider to be an excellent visual novel, this isn't the worst way you could spend your weekend when it comes out! Will you be grabbing it so you can finally experience where the Grisaia games began?

Fantasy Action Heats Up in Utawarerumono: Prelude to the Fallen Gameplay Trailer