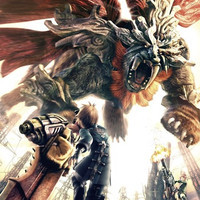 Takayuki Hirao, who did work for the games, as well as the fifth Garden of Sinners movie and Gyo OVA, helms the production.

While Tetsuya Takeuchi (Sword Art Online II action animation director) did character designs on the earlier promo short, Fate/zero animator Keita Shimizu will be in charge for the series. Gyo's Go Shiina will be handling the music.

Daisuki exec said they will have exclusive rights to the God Eater simulcast in the beginning. Others might have a delayed cast. #ACen2015

Tags
god eater
« Previous Post
VIDEO: Get Acquainted With New "Lost Dimension" Characters
Next Post »
Lawson to Launch Collaboration Campaign with "Is the Order a Rabbit?" Next Week
Other Top News
22 Comments
Sort by: