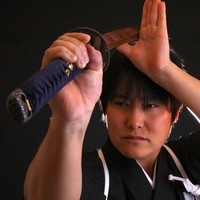 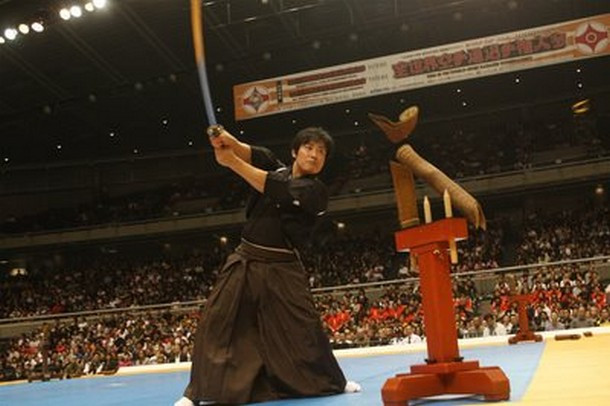 The video's description explains Machii's accolades: "Isao Machii is an iaijutsu proponent who resides in Kawanishi, Hyogo. In 2005, he created the Shushin-ryu iaijutsu style. He teaches iaijutsu at the “Shushin-kan” iaido training venue and devotes himself to his studies every day with the aim of restoring the traditions of Muso Jikiden Eishin-ryu."

I'm not entirely certain how being able to slice a friend shrimp fired at 81 mph is analogous to having lightning fast LTE connection speeds, but Japanese advertisements can be a little bit strange.