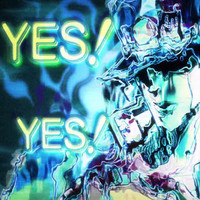 Warner Bros. have posted a commercial for their third Jojo's Bizarre Adventure Anthology Songs CD. This one, due May 25th, features Stardust Crusaders inspired "Stand Proud - Dramatic Ver.," "OH MY GOD, JAHHHHHHH!" (a preview of which is online here), "Naked Silver" and "Star Platinum."

Along with this is a pair of Blu-ray ads featuring more of the anime's TD-vision and  more of Misato Fukuen voicing Iggy talking!

Stardust Crusader season 2's first Blu-ray was released April 22nd (a limited edition featured a soundtrack CD and form for purchasing tickets to an October cast event), with the second coming May 27th 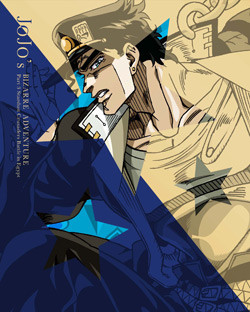 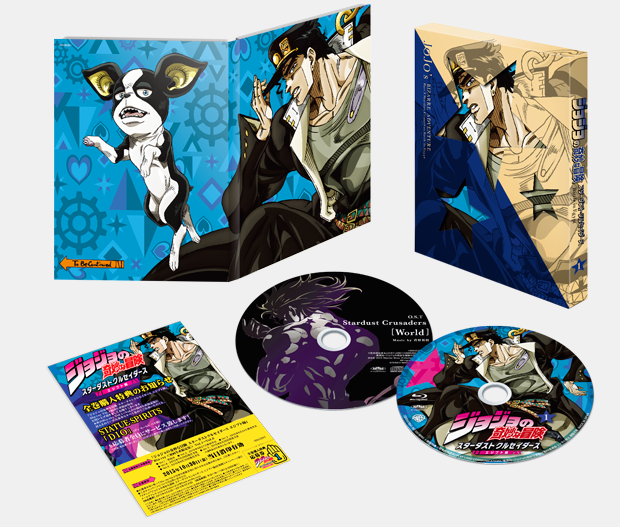 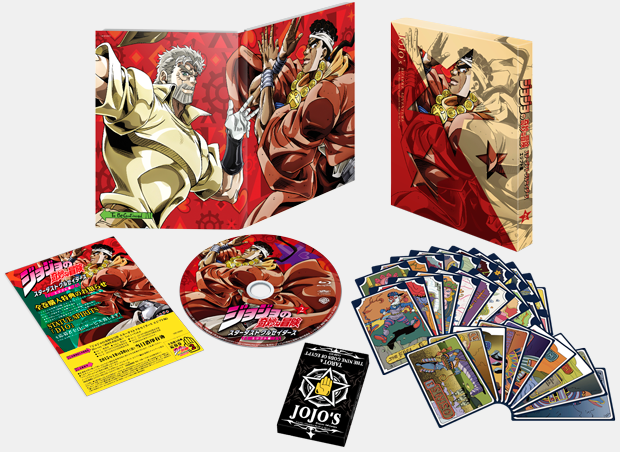