The latest video previews the 3DS release of "Atelier Rorona" 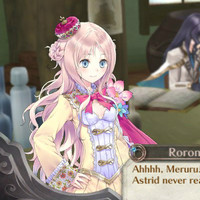 Gust Corporation is releasing Atelier Rorona Plus: The Alchemist of Arland on Nintendo 3DS, and as such as put out a brand new trailer demonstrating the brand-new Atelier Astrid mode, as well as the game’s other character interactions and general gameplay.

The game isn’t set to ship until June 4 in Japan, but will be well worth the wait, as those who purchase first copies will get a custom them. If you chooose to get a retail version, you can get the “premium box,” which includes a small tapestry, character charms, a cleaner cloth pouch, and a box to keep it all in.

The North American version has already been released, but Japanese players can get started next month. Have you already been giving it a try?