More Sanrio fun for the West! 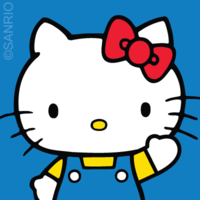 Reito Hatoyama, chief operating office of Sanrio, has revealed that Sanrio is going to be opening up an American brand in June.

It'll be called Sanrio Pictures Entertainment, and it'll be working to secure funding outside of Japan for new films and animated features based on Hello Kitty and other popular Sanrio characters. The company also plans to take characters from outside of Sanrio and create films with those too, working with a larger budget and possibly offering games and movie-related items in addition to the goods already sold via the Sanrio store.

Maybe this means we'll finally see more of the lesser-known Sanrio characters taking the spotlight. Either way, if it means more awesome merchandise and content with Hello Kitty, Kuromi, and friends, I'm totally down.