VIDEO: "Lord of Magna: Maiden Heaven" Launches in the West 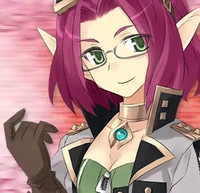 Nintendo 3DS strategy-RPG Lord of Magna: Maiden Heaven made its North American debut on June 2, and now it's officially out (digitally) in Europe and Australia, as well. Marvelous Games is here to celebrate the release with a launch trailer.