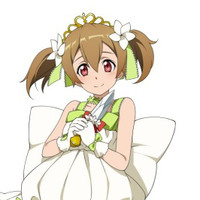 Released for Android and iOS in late 2014, Sword Art Online Code Register brings together characters and abilities from SAO, ALO and GGO. Through this weekend, the game celebrated the season with June Bride outfits. And, while Leafa and Lisbeth's designs were previewed early, Dengeki Online closed out the promotion with a look at its Lovely Bride Asuna and Pretty Bride Silica designs. 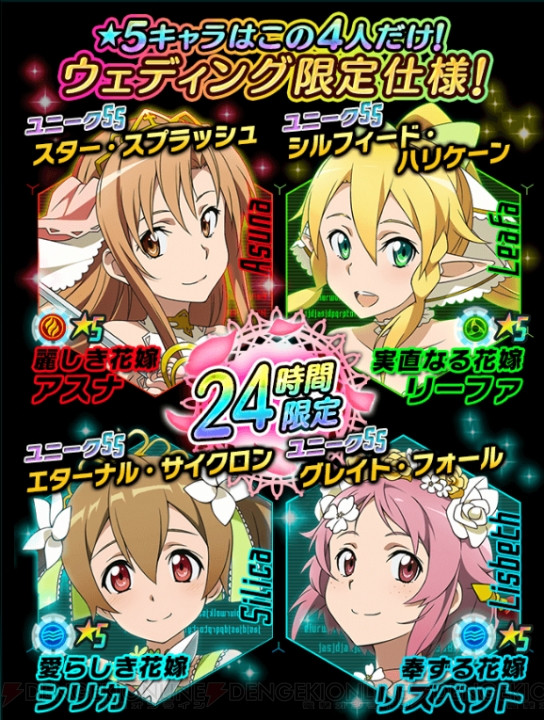 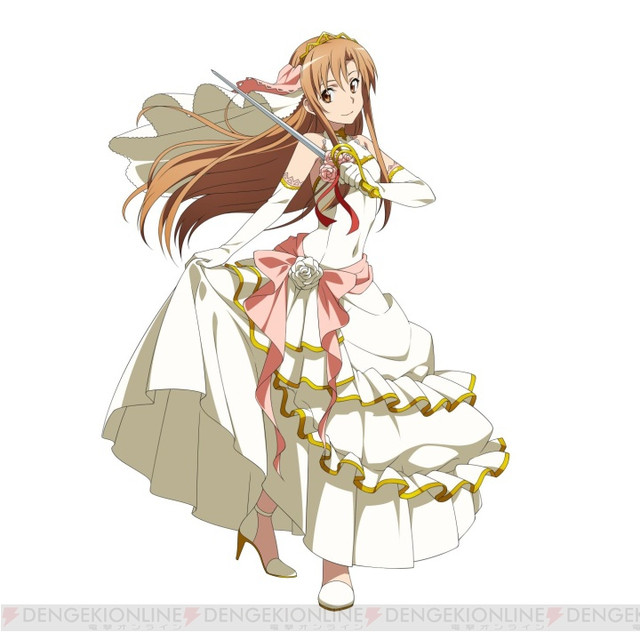 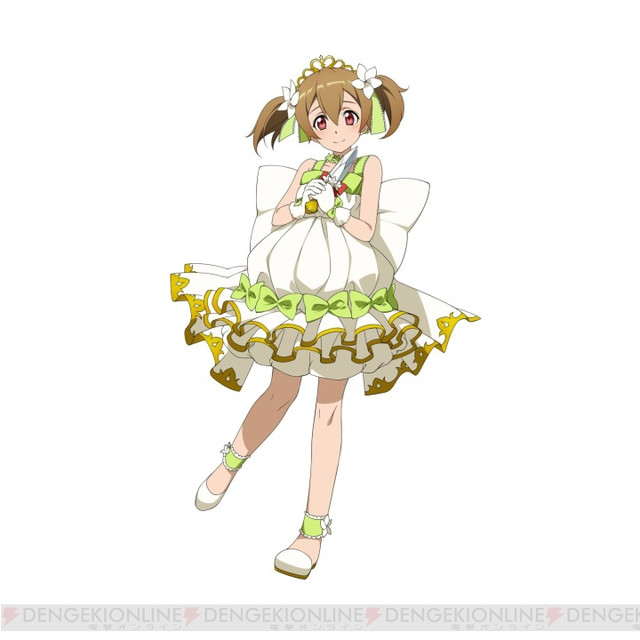 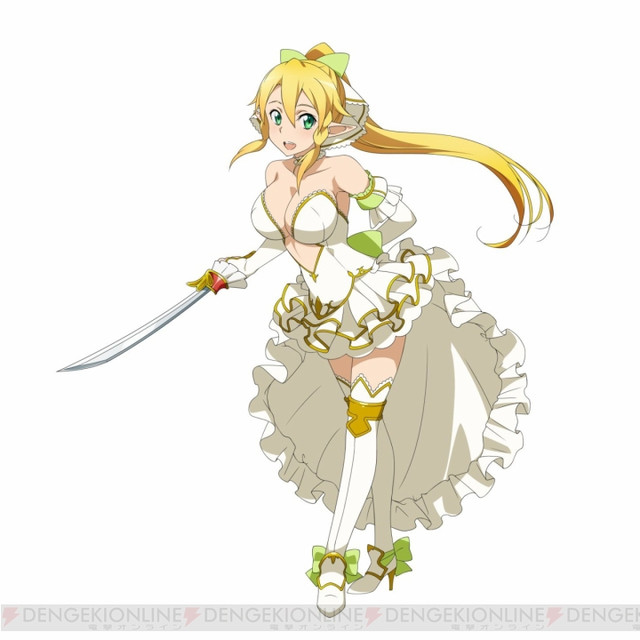 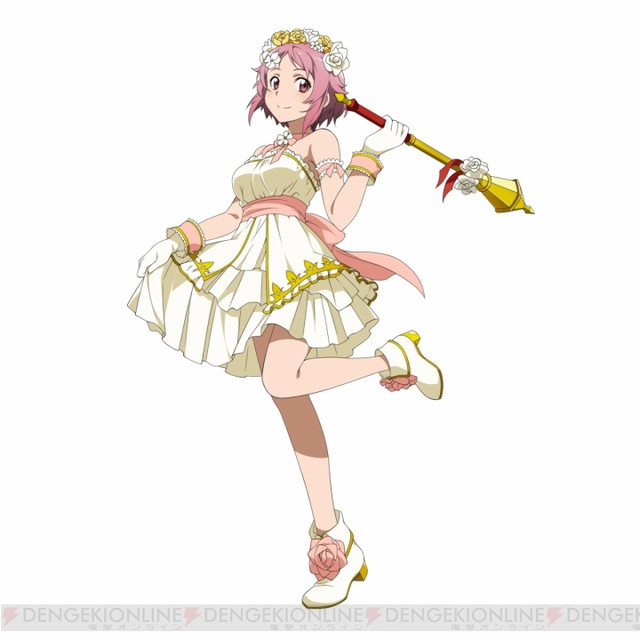