Event was set to feature eight movies, which had previously been vetted by Chinese authorities 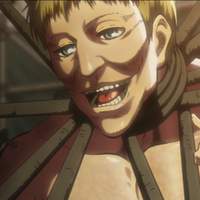 Following the Chinese Ministry of Culture's recent blacklisting of 38 anime series including Attack on Titan, Parasyte, Death Note, Blood C, and The Testament of Sister New Devil, and actions taken against websites carrying related content, Attack on Titan has been removed from the Shanghai International Film Festival's slate of Japanese programming.

The 10th annual event was set to feature eight movies, including Biri Gyaru (Flying Colors), which had previously been vetted by Chinese authorities. This led the Japanese executive committee for the event to believe that the online ban would not affect the international festival. The Japanese committee later learned from its Chinese counterpart that Attack on Titan would not be shown.